When Can a Child Pick Which Parent to Live With?

“Can my child choose which parent to live with in our divorce (or child custody) case?” This is one of those questions that we hear frequently. This is a complex question, and the answer is often misunderstood. The statute that covers this is found under Section 153.009 of the Texas Family Code, which repeals the old law under Sec. 153.008.

It simply meant the child was stating his or her preference, and from there, the court would be the ultimate decision maker. Here lies the common misconception. Many parents thought this meant the child could choose which parent to live with. Instead, it simply meant it was “evidence” to be considered alongside the rest of the evidence. However, this law was repealed and replaced with what the Texas Legislature deemed a more appropriate procedure.

What Age Does a Child Have a Say in Custody?

Although children cannot officially decide which parent they want to live with until they are 18 years old, Texas law does allow children that are 12 or older to have a say in where they’d like to live, but ultimately a judge will make the final decision.

At What Age Can a Child Decide if They Want To Visit the Other Parent?

Parents and children are legally obligated to abide by the custody order as long as the child is a minor, which means the child cannot make decisions regarding visitation until he or she reaches the age of 18.

The new law does more than address where the child will live, it also touches on visitation and a number of other issues in which the child may have an opinion or preference. Under the new law, a child can meet with the judge and voice his or her opinions on visitation, (if the judge agrees to hear the evidence).

It’s important for parents to understand that while their request for an interview between the judge and their child may be granted, the interview is still evidence that the court may use to make a decision. As before, the judge is still the one who ultimately makes the decision regarding custody (unless a parent chooses to submit his or her case to a jury) and possession or access; the law does not require that the judge follow the child’s wishes. 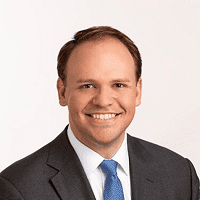 Alex Hunt is the founder of Hunt Law Firm, PLLC. He graduated from the University of Houston Law Center.

Visit his bio to learn more about his commitment to protecting his clients.